There is almost always something new to learn at the library.

And the Sunday lesson was singled out.

The Guild of Knightly Arts has invited Scottish swordsman expert Thomas Proctor to Missouri River Regional Library for a free lesson and demo. The Guild is a historic European martial arts club based in Jefferson City, where members study and practice various weapon systems from medieval times through the Renaissance.

Dressed in a Scottish kilt and carrying a large synthetic sword, Proctor demonstrated the skills used by the Black Watch, an infantry battalion of the Royal Regiment of Scotland. Scotland used basket hilt swords well into World War II, he said, which were longer than most armies.

“I got started the same way a lot of people did: fantasy novels, video games, Lord of the Rings, movies and being inspired by heroes and stories and all those things,” Proctor said.

As he learned more about sword fighting, Proctor said he realized it was more of a science than he thought.

A good swordsman knows how to stay out of range of his opponent’s blade and time strikes that won’t endanger him, Proctor explained to the few dozen people in attendance.

“A lot of the fun is having the opportunity to delve into the intricacies of body movement, the science behind it, while working with people,” he said.

When he’s not training swordsmanship, Proctor is a professional dancer and dance instructor in St. Louis. The two activities are not that different, he says.

Footwork and kinesthetic awareness are key to successfully completing a dance routine and surviving a sword fight, Proctor explained.

“You not only have to know your body, but you have to know what your body is capable of in conjunction with another human,” he said. “I tell a lot of my students that the only difference between partnering and judo is how gently you put your partner down. The connection, especially in terms of footwork, is huge because it all comes down to how you you move through space.”

Josh Korte attended the demonstration with his two sons, who took part in the group demonstration in which Proctor led 10 volunteers through a series of footwork drills and seven cuts.

Korte said he had never seen anything like a Scottish broadsword display and thought it looked interesting.

“I’m always interested in history,” he said. “But that kind of combines the story with a physical skill, so it’s the story that comes to life.”

As well as presenting something new, Proctor said he hopes his demonstration will show how easy swordwork can be. The Scottish martial arts system is simple and was designed to be easily taught so people can quickly defend themselves and others, he said.

Proctor was the first guest expert the Guild of Chivalrous Arts has hosted, founder Jason Bright said, but Sunday was not the Guild’s first public outing.

Proctor founded the St. Louis Broadsword Academy and is a member of the Cateran Society, an international historical fencing organization. He also attended a tournament organized by the Guild of Chivalric Arts in April, but Bright said he had known him longer and respected his skills.

“Every time we come there’s more faces than I’ve ever seen before than I have, so that’s also a really good thing,” Bright said. “It’s like we have a new audience every time we come, so it’s really cool because we can share what we do, share what we’re passionate about with other people who are interested in it at less.”

The Guild has primarily focused on English-style swordplay since its inception about three years ago. So Bright said it was fun to explore a different weapon.

Like some golf or paint, Bright said historical European martial arts were his passion.

The Guild of Knightly Arts is the only HEMA club in Mid-Missouri, he said.

“It builds your life,” Bright said. “Doing things you are passionate about in life improves the overall quality of your life, so it’s something we do. It helps us stay active, helps us socialize as a community and connects with people. other people and it’s just something that’s really fun to do. And that’s really the bottom line.”

The Knightly Arts Guild meets from 4-6 p.m. each Sunday at the JCAC Gymnasium at the Miller Performing Arts Center.

Photo by Ryan Pivony/News Tribune: Thomas Proctor, a Scottish broadsword expert, leads 10 volunteers in a series of foot moves Sunday at the Missouri River Regional Library. Proctor guided participants through the skills used by the Black Watch, an infantry battalion of the Royal Regiment of Scotland. 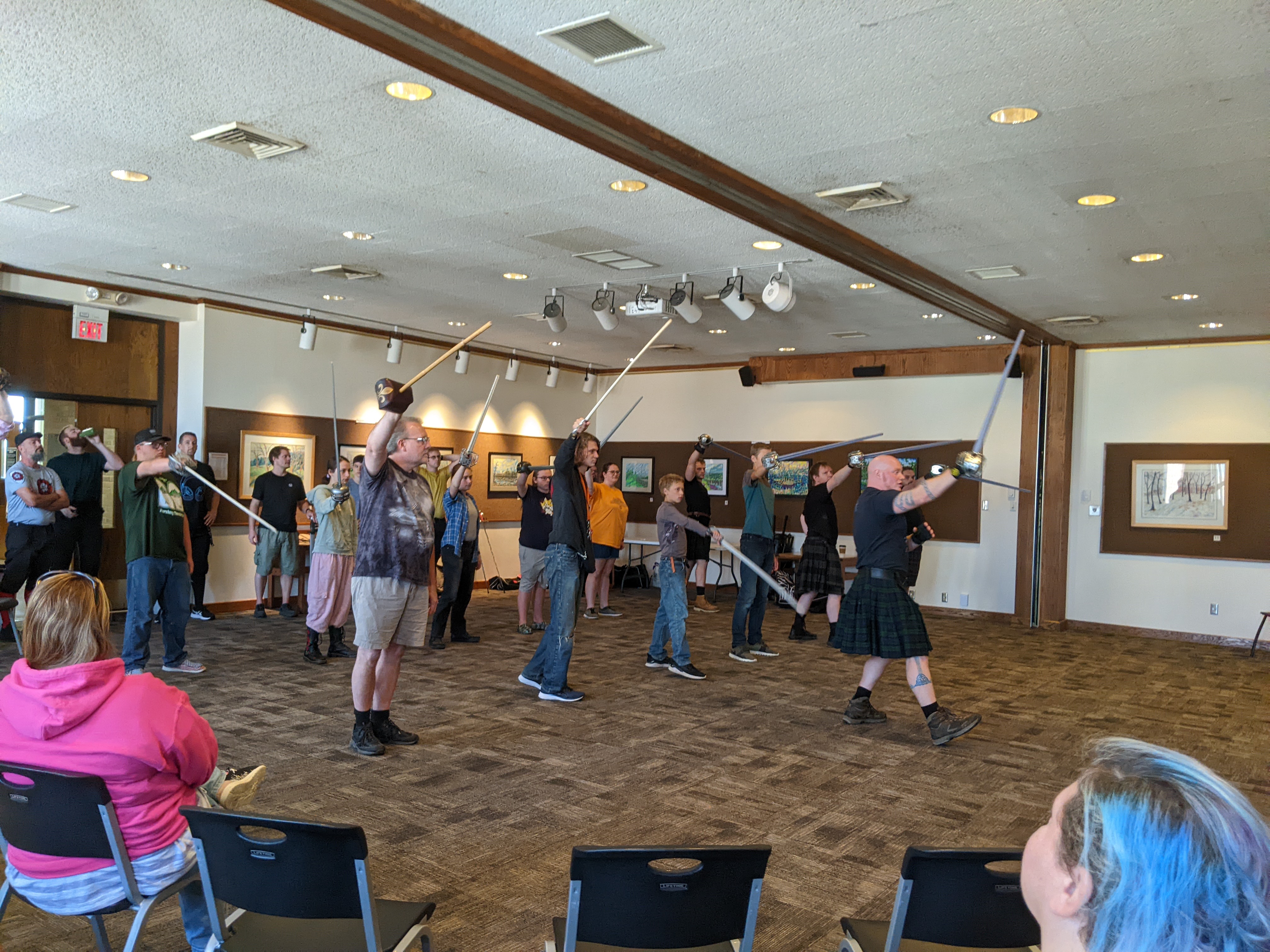 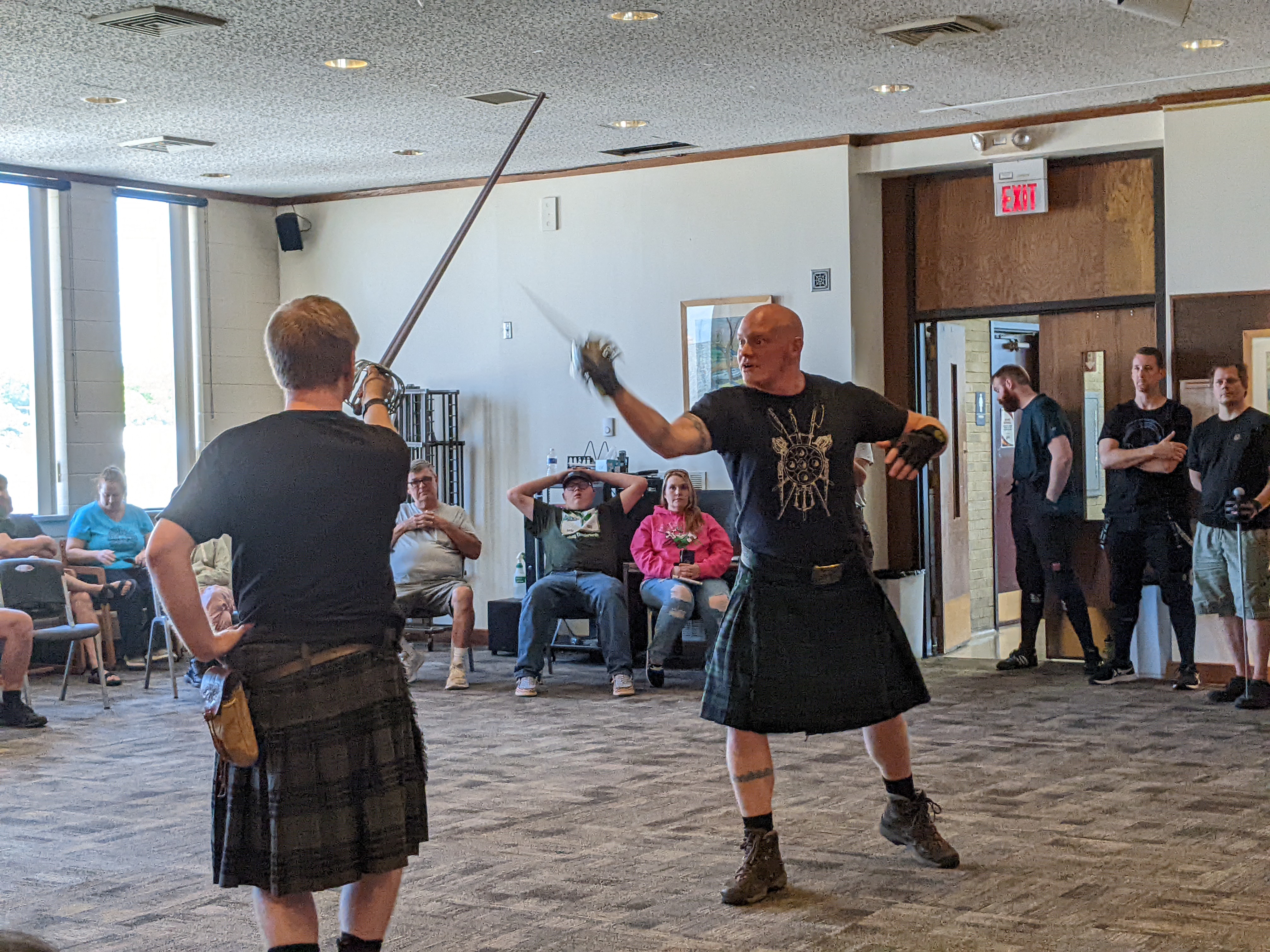 Ryan Pivoney/News Tribune Photo: Thomas Proctor (right) gives instructions while demonstrating with a partner he has been training with for around nine years. Proctor has been invited by the Guild of Knightly Arts to demonstrate Scottish swordsmanship on Sunday, September 18, 2022 at the Missouri River Regional Library. 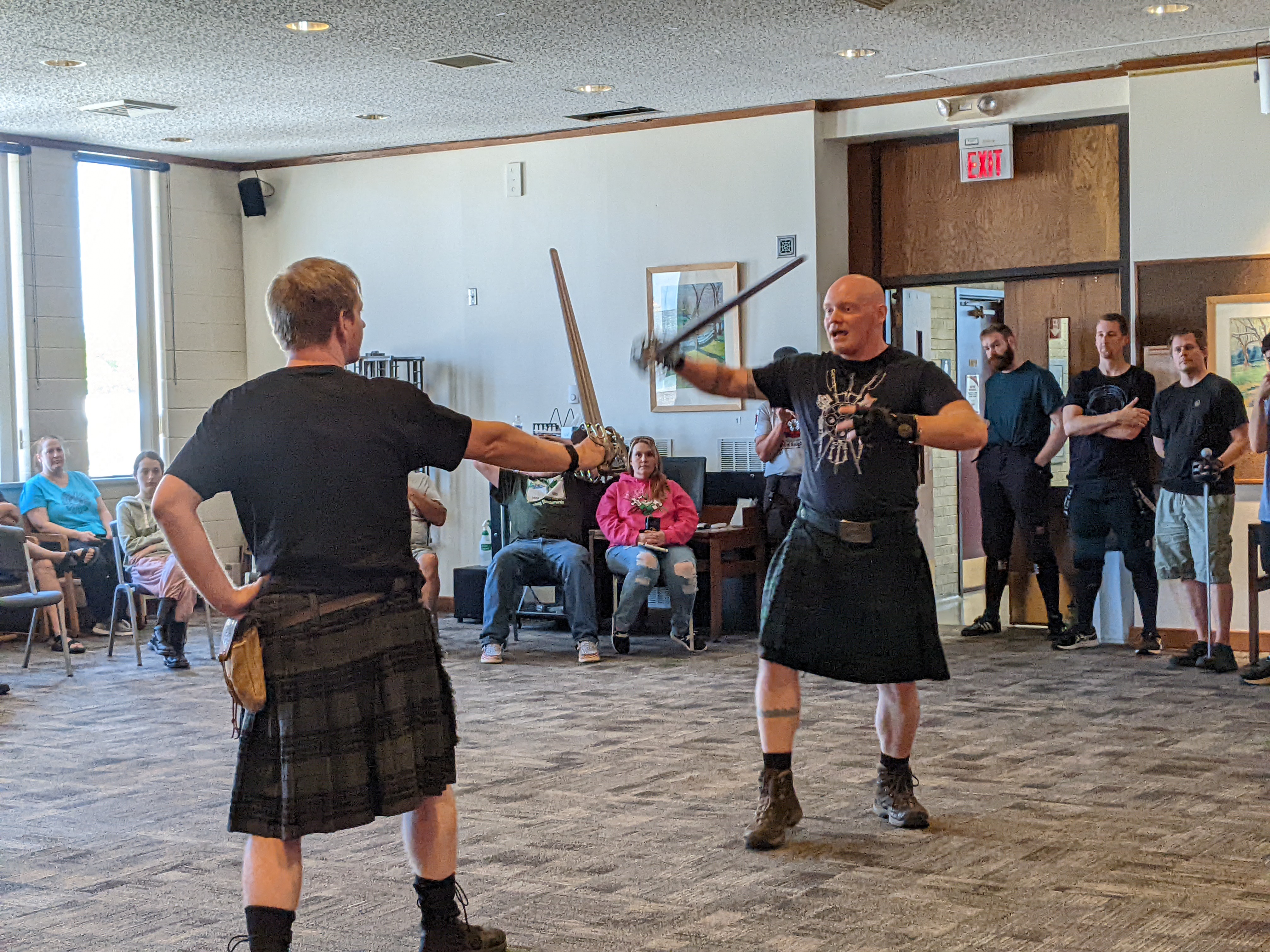 Ryan Pivoney/News Tribune Photo: Thomas Proctor (right) gives instructions while demonstrating with a partner he has been training with for around nine years. Proctor has been invited by the Guild of Knightly Arts to demonstrate Scottish swordsmanship on Sunday, September 18, 2022 at the Missouri River Regional Library.

Finale teases the possibility of a second installment

What weight class is Khamzat Chimaev fighting in next?