All class level sets for the first WoW Dragonflight raid

World of Warcraft offers plenty of great reasons to get into raiding. The community spirit of defeating a tough boss, the achievements, the occasional hilarious wipe because your tank forgot to change its DPS spec – but above all, the lure of sweet, swag rides crushing lesser incentives like “social fun under his hairy toes.

The only thing more exciting than a new raid is seeing what slick threads your class will wear over the next six months. Thanks to the continued diligent data mining efforts of WoWHead.com, we have a first look at the first tier of class gear for Dragonflight. We’ll take a look!

The Warlock clobber is suitably demonic with horns and a bony skull mask, and has a delightfully shaded color scheme. 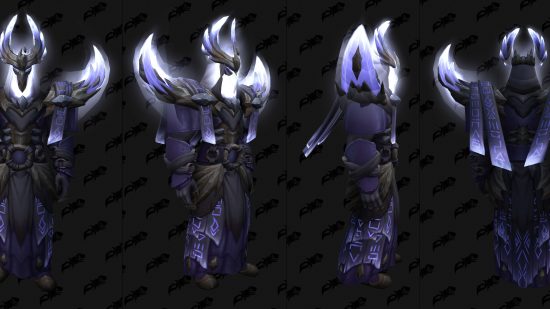 The Priest outfit gives off Val’kyr vibes with the wing-like appendages on the shoulders and head, and the overall icy blue color scheme. 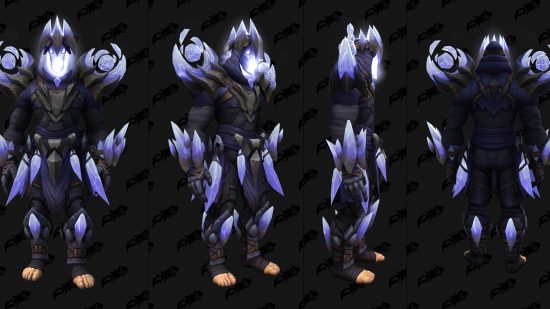 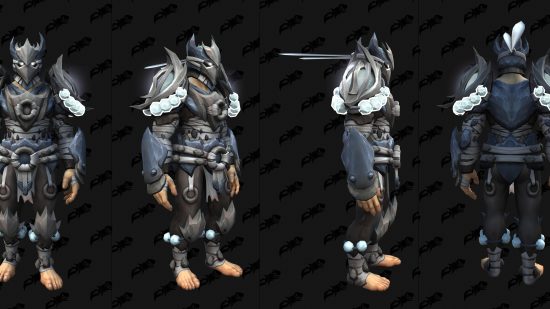 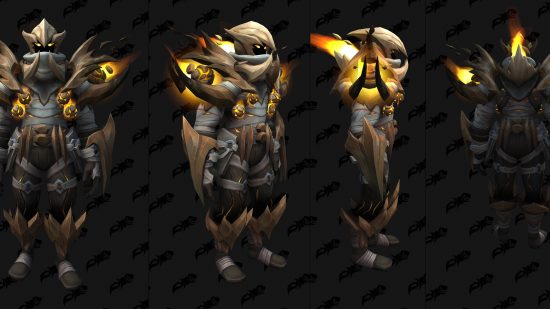 Rogues may need a dimmer if they want to camouflage themselves properly, given that it sets fiery accents and glowing orbs. 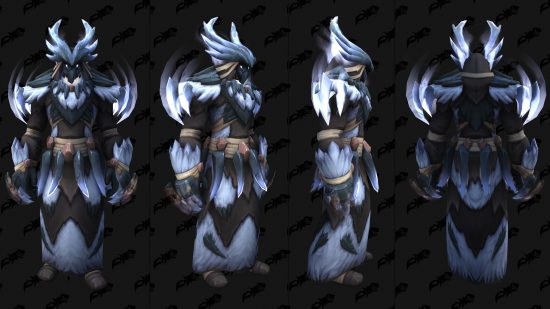 Druids lean heavily on the Owlbear aesthetic, with both feathered and furry details on their new kit. The ethereal claws on the shoulders are a nice touch. 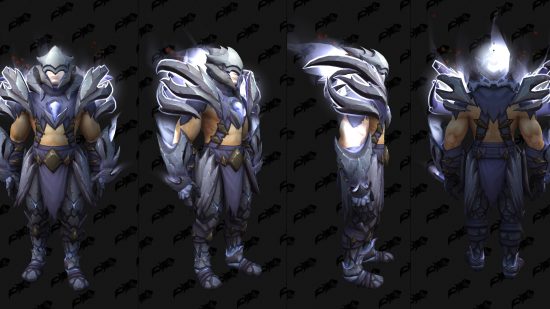 Favorite Illidan cosplayers will sport this revealing little number, expressing their inner power ranger. If you have abs, you might as well show them off, right? 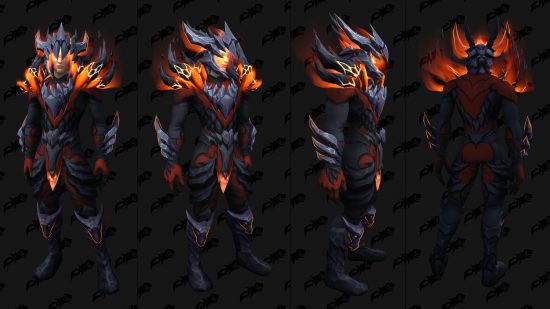 New kids on the block will dress up in this Deathwing-inspired ensemble, complete with cataclysmic fiery accents. 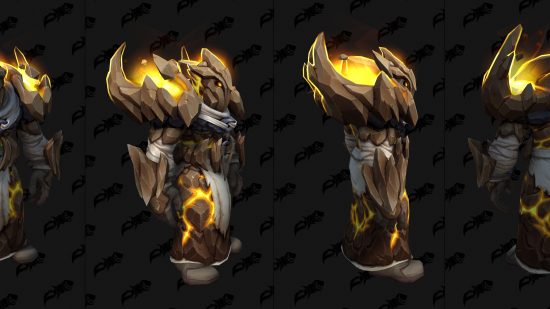 The new Shaman set channels the humble rock elemental, featuring a chunky, almost power-armor frame with floating rocks (crystals are for mages, rocks are for shamans). 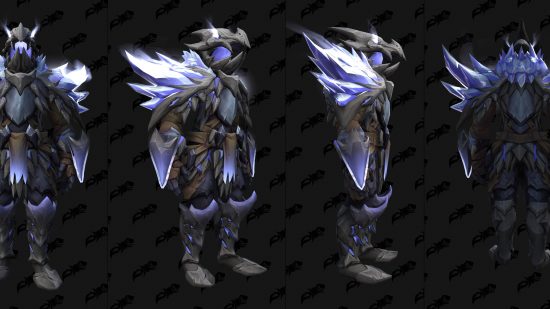 The Hunter ensemble evokes a deadly bird of prey, with a bird skull helmet, feathery crystals on the shoulders, and sharp talon-like spikes on the wrists. 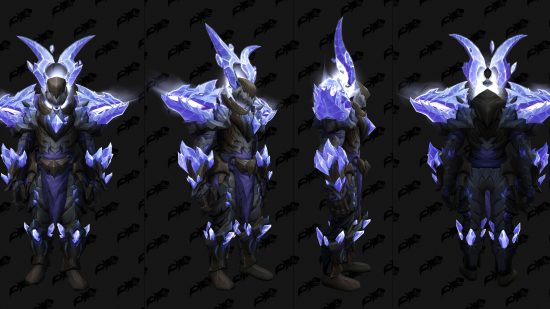 Death Knights will show an icy, draconic look, as if Deathwing were to become the Lich King. How would he keep the helmet in his Dragon form? We may never know. 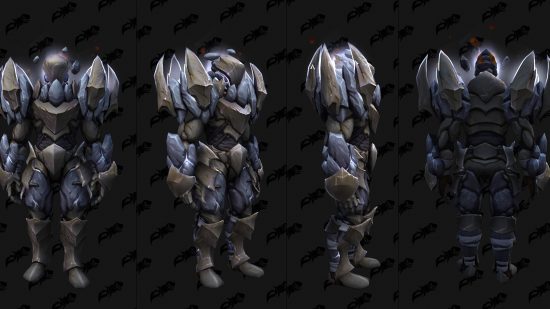 Warriors have a positive sci-fi air in this slick rocky exoskeleton. The slick helmet and sharp plates give a good idea of ​​what Reinhardt from Overwatch would look like in WoW. 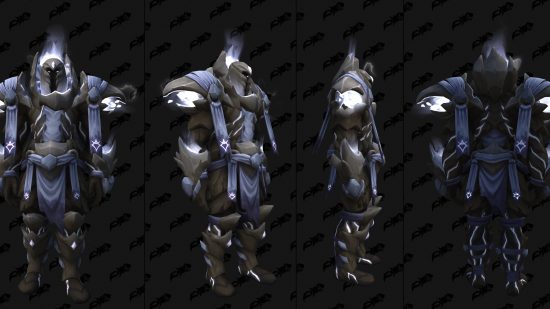 An earlier render scared off many Paladins, as the shaded helmet effect was missing, creating a rather goofy look. But thankfully, the whole thing looks good, with the added fabric wrappings evoking a clerical vibe.